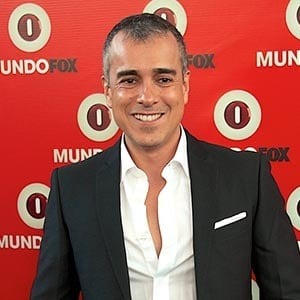 Colombian actor best known for his diverse roles on different telenovelas. He is best recognized for his leading roles as Diego Tamayo in the series Perro Amor as well as Antonio Andrade in the 2003 series La Costena y el Cachaco. In 2020, he began playing the lead role on the second season of the series La Nocturna.

He first started his acting career in 1996 when he played the role of Dr. Dimas Pantoja in the series La Viuda de Blanco. He gained further recognition in 1998 when he earned his first leading role in the series Perro Amor. His feature film debut came later on in 2013 when he starred as Enrique Zabaleta in Crimen con vista al mar.

He is known for having won the Best Leading Actor award at the 2007 Cartagena Film Festival for his role in the series En los Tacones de Eva.

He married Marisabel Gutiérrez Celia and they have two children named Antonio and María Matilde. He also has a daughter named Calendaria from a previous relationship with Marcela Salazar.

Jorge Enrique Abello Is A Member Of