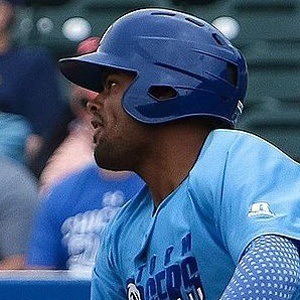 Outfielder who made his major league debut in April 2017 with the Kansas City Royals. He recorded his first career hit and home run in just his second career game.

He was signed by the Royals in 2009 as an international free agent. He was first invited to spring training with the club in 2014.

He was selected to the 2016 All-Star Futures Game while playing Kansas City's triple-A affiliate, the Omaha Storm Chasers.

He was named to the 2016 All-Star Futures Game alongside Austin Meadows.

Jorge Bonifacio Is A Member Of