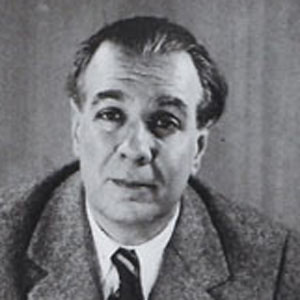 An Argentine fiction writer, poet, and translator, he is best known for such short story collections as Ficciones (1944) and El Aleph (1949). His other well-known works include A Universal History of Infamy (1935) and The Garden of Forking Paths (1941).

He was born into an educated family; he was reading the plays of Shakespeare by the time he was twelve and, at just nine years old, he translated one of Oscar Wilde's works into Spanish. He graduated from the College de Geneve in 1918.

He was disheartened by the fact that he never received the Nobel Prize in Literature. However, in 1961, he did share the prestigious Prix International with playwright Samuel Beckett.

He was married to Elsa Astete Millan for a brief period; later, he wed Maria Kodama, his longtime personal assistant. He died in Geneva, Switzerland at the age of eighty-six.

Jorge Luis Borges Is A Member Of