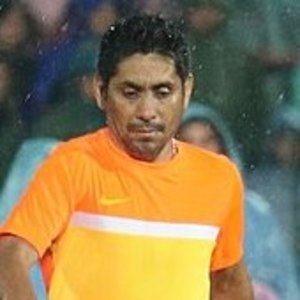 Striker and goalkeeper who played from 1988 to 2004, making his professional debut for Pumas, and his MLS debut in 1996 for the Los Angeles Galaxy.

He had a successful youth career in Mexico until he debuted professionally at age 21.

He was born and raised in Acapulco, Mexico.

He once appeared in a Nike commercial alongside the great Ronaldo.

Jorge Campos Is A Member Of