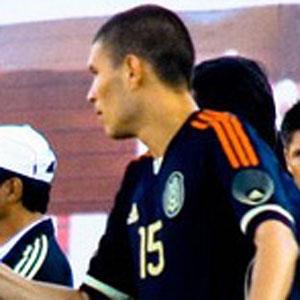 Defensive midfielder who helped Mexico's national team win a gold medal at the 2012 London Olympics. He was also a member of Mexico's 2011 Pan American Championship team.

He made his professional debut with Deportivo Guadalajara in 2009.

He scored his first international goal with the Mexico U23 team in October 2011.

He and his siblings were raised in Mexicali, Mexico.

He was teammates with Marco Fabian on Mexico's gold winning 2012 national team.

Jorge Enríquez Is A Member Of