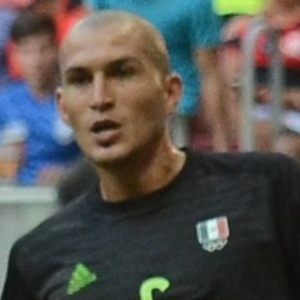 Full back who has had great success as a member of the Mexican national team, winning CONCACAF Gold Cup titles in 2011 and 2015. He has also won multiple titles with the Liga MX club UANL.

He began his youth career with Club Atlas at age 14.

He was named as the best full back of the 2011 Apertura.

He is the brother of soccer player Abraham Torres. He married Xóchitl Cruz.

He was teammates with Oribe Peralta at the 2016 Summer Olympics.

Jorge Torres Nilo Is A Member Of