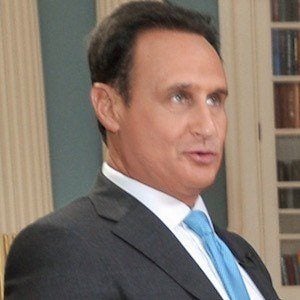 Emmy-winning journalist and television anchor most well known as a face for Noticiero Telemundo. He has also anchored for MSNBC Live, NBC Nightly News, and made history when he became the first Cuban-American anchor to host CBS's This Morning.

He began his journalism career in 1984 after studying at both the New College of Florida and the University of Cambridge.

He was awarded two Emmys for his work with WTVJ-TV in Miami.

His aunt, Mirta Díaz-Balart, was the first wife of Cuban revolutionary Fidel Castro.

Jose Díaz-Balart Is A Member Of