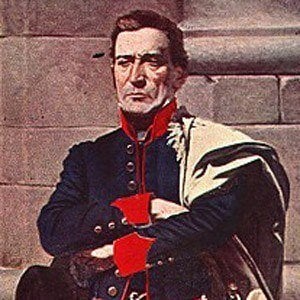 War hero who was often labeled the Father of Uruguayan nationhood. He was involved in the Oriental Revolution and the Luso Brazilian invasion.

He was a precocious child--cattle smuggling and fighting--but always stood up for the rights of people he felt couldn't defend themselves.

His image appeared on the 1998 Uruguay Five-Pesos banknote.

He and James Wolfe are among some of the world's most remembered war heros.

Jose Artigas Is A Member Of