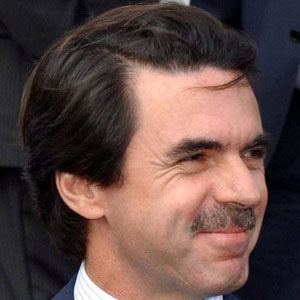 Prime Minister of Spain from 1996 to 2004 who advocated for his country to join the European Union's single currency. He supported the US's invasion of Iraq despite the fact that popular opinion in Spain was against it.

He earned a Law degree in 1975 from the Complutense University of Madrid.

The 2004 Madrid train bombings happened right at the end of his last term.

He married Ana Botella and had three children.

Like Rajiv Gandhi, he has served as Prime Minister of his native country.

José María Aznar Is A Member Of