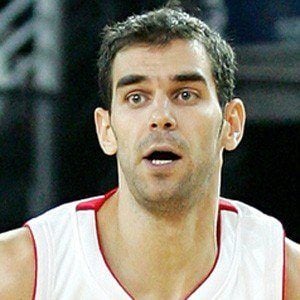 Longtime Toronto Raptors point guard known for his passing ability. He spent the 2013-14 season with the Dallas Mavericks before a June 2014 trade sent him to the New York Knicks.

He started his professional basketball career in the Spanish League from 1998 to 2005.

In his seven years with the team, he became the Toronto Raptors all-time leader in assists.

He married Ana Hurtado in 2010 and he has a son named Manuel.

He was a part of the trade that brought Rudy Gay to the Toronto Raptors in 2013.

Jose Calderon Is A Member Of