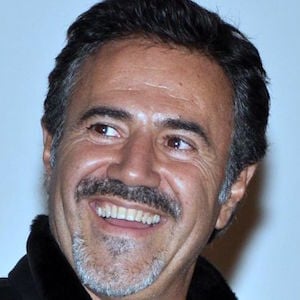 Known for his work throughout the French film and TV industries as an actor. He has also gained widespread renown for providing the French dubbing for many Hollywood films, including Mulan as Mushu.

He began studying comedy at age 20 at the Cours Florent school in Paris. He subsequently completed his training at the Annie Fratellini Circus School.

He earned his first film appearance in 1989's Mama, There's a Man in Your Bed. He has provided the French dubbing for the character Alex in the Madagascar series of films.

He met his wife, Isabelle Doval, while both were students at the Annie Fratellini Circus School.

He provided the French dubbing for the character Tulio, who was originally voiced by Kevin Kline, in the animated adventure film The Road to El Dorado.

Jose Garcia Is A Member Of