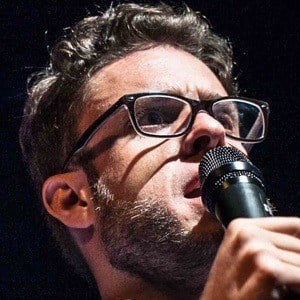 Venezuelan comedian and broadcaster recognized as a reporter for Chataing TV. He has also been heard as a presenter for numerous shows on the radio station LaMega 107.3fm.

While studying at university he was a volunteer firefighter and spent his free time attending open mic nights. He eventually graduated with a degree in odontology.

In 2014, he made his feature film debut acting in the movie Fuera del Aire.

His father was a manager at Banco Mercantil and his mother a secretariat at INTT. He has a younger brother, Rafael.

Stars like Diosa Canales and Henrique Capriles have been interviewed on Chataing TV.

José Rafael Guzmán Is A Member Of