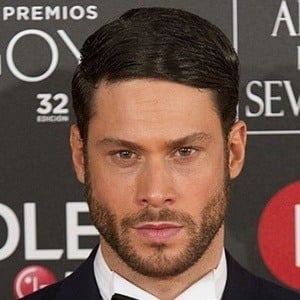 Spanish actor and model who is best known for his role in the 2010 film Rhodea where he played the character Jack.

He made his debut appearance in television in 2007 with a short but recurring role in the series Escenas de Matrimonio.

He received his first starring and lead role in 2012 on the series Hospital Central where he played the character Gorka Betania.

He was born and raised in Asturias, Spain.

He starred alongside Ursula Corbero in the 2015 film Cómo Sobrevivir a una Despedida.

José Lamuño Is A Member Of