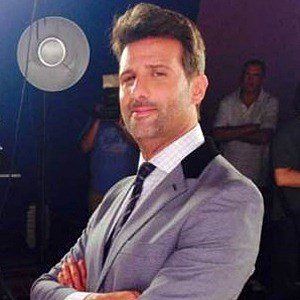 Comedian and television host best recognized as a longstanding member of the Videomatch cast. He would later join Showmatch and presented on Este es el show and Sábado Show.

He made his entertainment debut as a child as a participant on the television series Seis para triunfar.

In 2007, he appeared as a participant on Bailando por un Sueño.

In his nearly a decade on Videomatch, he starred alongside Marcelo Tinelli.

José María Listorti Is A Member Of