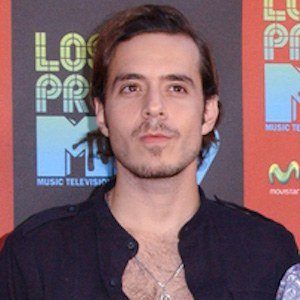 Singer and multi-instrumentalist known for being a member of the band Panda. Their albums Para Ti Con Desprecio, Sinfonía Soledad, and Bonanza all topped the charts in Mexico.

He was one of the founding members of the band in 1996. They released their first album, Arroz Con Leche, in 2000.

While with the band, he's played guitar, synthesizer, and keyboard. In the mid-2000s, the band came under fire for accusations of plagiarism.

He grew up in Monterrey, Mexico.

The band collaborated with Joan Sebastian on their second album.

José Madero Is A Member Of