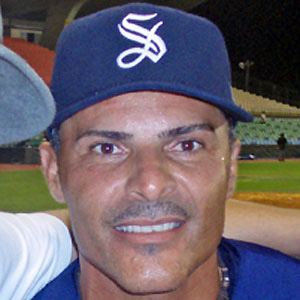 MLB shortstop who hit 249 home runs and became known as a power shortstop during his career.

He was signed by the San Diego Padres on his 17th birthday.

He started his career as a shortstop but later became known for his versatility and ability to play multiple positions.

His son Jesmuel Valentin was a first-round draft pick of the Los Angeles Dodgers in 2012.

He was once traded for All-Star slugger Gary Sheffield.

Jose Valentin Is A Member Of