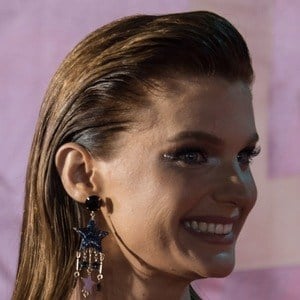 Chilean model and actress who's graced the pages of international magazines such as Caras, Beauty Magazine, Bazaar and Women's Health. She's also modeled for brands such as Adidas, Loreal and Paris. She won a Revelation Award at the 2012 Fotech Awards.

She was a finalist in the Miss Elite Chile contest at the age of 14.

She's also an actress and her first prominent role was in the televnovela, Single Again in 2012.

She has two children with her husband Darko Peric.

Josefina Montane Is A Member Of