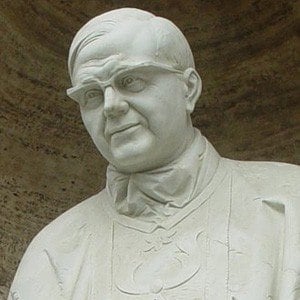 Spanish Roman Catholic priest who taught that ordinary life is a path to sanctity.

He was ordained a priest in Zaragoza in 1925.

He founded Opus Dei, an organization of laypeople and priests dedicated to the teaching that everyone is called to holiness.

His father was a partner in a textile firm in the Spanish town of Barbastro.

He was canonized by Pope John Paul II in 2002 who said that he should be "counted among the great witnesses of Christianity."

Josemaría Escrivá Is A Member Of