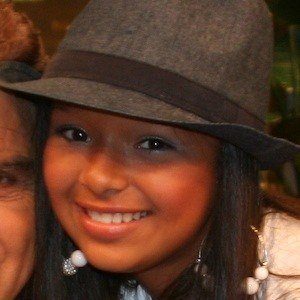 Singer who first rose to fame for her children's singles and collaboration with fellow Panamanian star Makano. Her singles such as "Te Voy A Olvidar" and "No Le Pegues" have earned tens of millions of views on YouTube since their release.

She began her singing career at nine years old after she took 3rd in the singing contest Canta Conmigo.

In 2015, she competed on the popular reality series Dancing with the States Panama.

She has often posted photos with her family on her Instagram, including her aunt Karla and her grandmother Consuelo. She and Eric Peña welcomed a son named Markus on June 23, 2020.

Both she and Joey Montana are popular Panamanian singers.

Josenid Is A Member Of