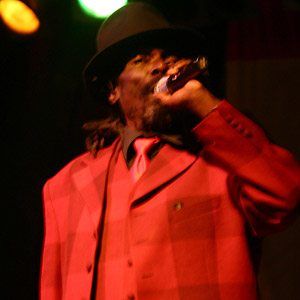 Best remembered as the songwriter and lead vocalist for the roots reggae group Culture, this Jamaican musician recorded over twenty albums and released such hit songs as "International Herb," "Stop Fussing and Fighting," and "Two Sevens Clash."

Before establishing Culture in the mid 1970s, he entered the music industry as a disc jockey, drummer, and backup singer.

He was a member of the Jamaican Rastafari spiritual movement.

Recognizing the depth of Hill's contribution to Jamaican music and culture, Prime Minister Portia Simpson Miller delivered a eulogy at his 2006 funeral.

Joseph Hill Is A Member Of