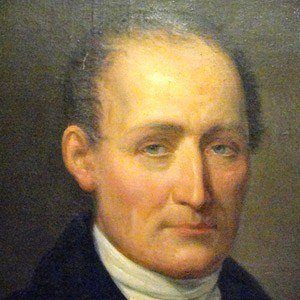 French inventor who developed heliography, a photography technique that produced the world's oldest surviving photograph in 1825. He also invented the world's first internal combustion engine with his brother.

He had a long career in the military and in teaching before trying his hand at lithography.

His invention, heliography, worked by coating asphalt on glass or metal, which then hardened in proportion to its exposure to light.

His older brother, Claude, helped him with his research.

In addition to photography, he was also interested in improving the bicycles that Karl von Drais designed.

Nicephore Niépce Is A Member Of