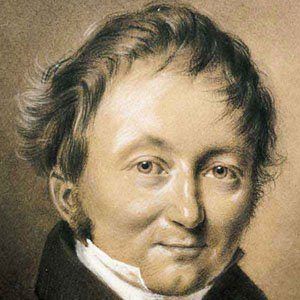 German aristocrat who invented the hobby horse, a precursor to the bicycle.

He created the earliest version of the typewriter before introducing his running machine.

His prototype bicycle had no chains and was propelled by riders pushing off the ground with their feet.

His father, a baron, served as an important civil servant in Germany.

He and Karl Benz both created vehicles so that people could move faster.

Karl Drais Is A Member Of