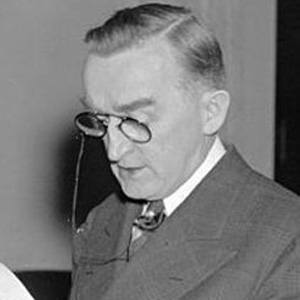 American journalist, lawyer, and member of the Democratic party who served four terms as a U.S. Senator from Wyoming from 1934 to 1961.

He attended Columbia University in New York City before moving to Cheyenne, Wyoming, to become city editor of the State Leader.

He supported Theodore Roosevelt in the 1912 presidential election, but afterwards became a Democrat.

He married Agnes Veronica O'Leary in 1913.

He and Jesse Helms both served in the U.S. Senate.

Joseph C. O'Mahoney Is A Member Of