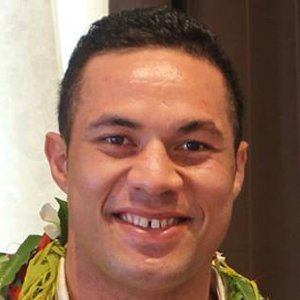 Heavyweight fighter who held the WBO heavyweight title from 2016 until 2018. He has won previous championships, including WBO Oriental, PABA and OPBF.

He began boxing when he was 11-years old and would make his professional debut on July 5, 2012 where he earned a TKO against Dean Garmonsway.

On October 10, 2013, he scored a knockout against Afa Tatupu to secure the NZNBF Heavyweight title.

He was born in South Auckland, New Zealand to Dempsey and Sala Parker. He and his partner Laine Tavita have two daughters together.

He competed at the 2012 Olympics, alongside noteworthy boxers such as Anthony Joshua.

Joseph Parker Is A Member Of