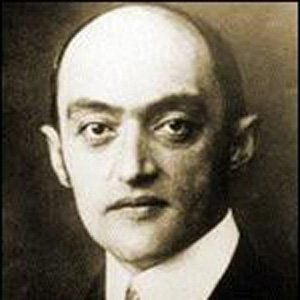 Austrian-Hungarian-American scientist and one of the most influential economists of the 20th century. He came up with the recognized term 'creative destruction', which refers to the linked processes of the accumulation and annihilation of wealth under capitalism.

He worked at universities in Germany, Japan, and the United States.

The former chairman of the Federal Reserve, Alan Greenspan, was one of his students.

He based many of the theories in his book Capitalism, Socialism and Democracy (1942) off of Karl Marx's writing.

Joseph Schumpeter Is A Member Of