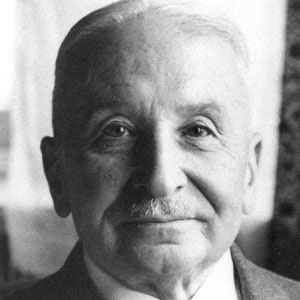 A prominent twentieth-century economic and political philosopher, he is remembered for his association with the Austrian School and for his influence upon the American libertarian movement. His most well known work, Human Action: A Treatise on Economics, was published in 1949.

After earning a law degree from the University of Vienna, he worked for the Vienna Chamber of Commerce and Industry and went on to advise the World War I-era Austro-Hungarian War Department on economic affairs.

The son of Jewish parents Adele Landau and Arthur Edler von Mises, he spent his youth in Galicia, Austria-Hungary (present-day Ukraine), and later relocated to the United States with his wife Margit Herzfeld Sereny. His stepdaughter Gitta Sereny became a well-known journalist and author, and his brother Richard von Mises had a prominent career as a mathematician.

Prominent economic theorist Murray Rothbard was one of Mises' pupils.

Ludwig von Mises Is A Member Of