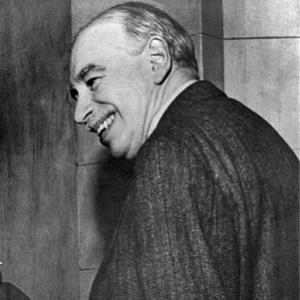 British economist and founder of modern macroeconomics whose ideas about the causes of business cycles are known as Keynesian economics. He was included in Time Magazine's 1999 list of the 100 most important and influential people of the 20th century.

He began his civil service career as the clerk for the India Office, a division within the British government.

His ideas contradicted a lot of long held notions about free markets and he argued that aggregate demand determined the overall level of economic activity, and that inadequate aggregate demand could lead to prolonged periods of high unemployment.

He married Russian ballet dancer in 1925. His father was economist and lecturer, Keynes.

He greatly opposed the theories of Karl Marx.

John Maynard Keynes Is A Member Of