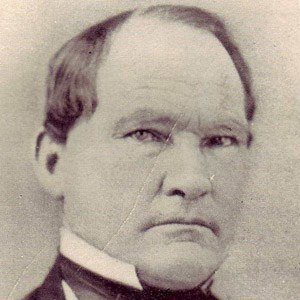 Real-estate investor, hotel owner, and doctor who was among the most prominent settlers of Atlanta, Georgia.

He was raised in South Carolina by Pennsylvania-born parents.

He married Mary Ann Tomlinson Young in 1827 in Decatur, Georgia. The couple's eldest daughter, Mary Jane, wed Richard Peters, who was one of the founders of the city of Atlanta.

He owned and operated the Atlanta Hotel in the years leading up to the Civil War. The hotel, which was eventually destroyed as a result of the 1864 Battle of Atlanta, was the site of the non-fatal stabbing of future Confederate States of American Vice President, Alexander Stephens.

Joseph Thompson Is A Member Of