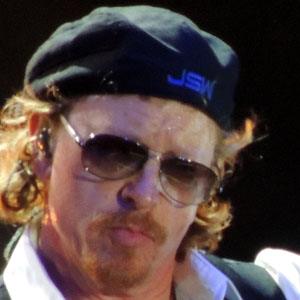 Singer and film composer best known for his work with the rock group Toto. He wrote the original lyrics for the song Lapti Nek and the Ewok Celebration from 1983's Star Wars Episode VI: Return of the Jedi.

He was raised in a famous family of entertainers and first began playing with Toto in the mid-80's.

He released his first solo album in 1982 and his album Vertigo was released in 2003.

He has been a member of Tonto along with bassist Mike Porcaro.

Joseph Williams Is A Member Of