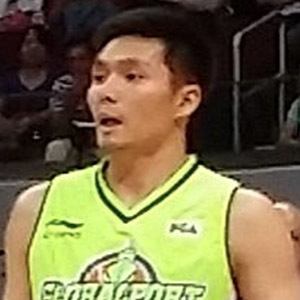 Phillipino basketball player who retired in 2016. His professional career in the Philippine Basketball Association began in 2006 when he was drafted by the Coca-Cola Tigers.

He played on the Green Archers team while studying at De La Salle University.

His last team before retirement was the Meralco Bolts.

He was third pick for the Coca-Cola Tigers and was drafted right after Arwind Santos.

Joseph Yeo Is A Member Of