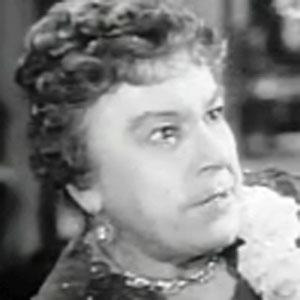 Academy Award winning film and stage actress who appeared in The Gold Cadillac in the early 1900s.

She studied at the New England Conservatory of Music in Boston, Massachusetts.

She spanned a successful 50-year career and retired in 1955.

She had a memorable role in the theatre production of The Solid Gold Cadillac from 1953 to 1955. It was later made into a film with actress Judy Holliday.

Josephine Hull Is A Member Of