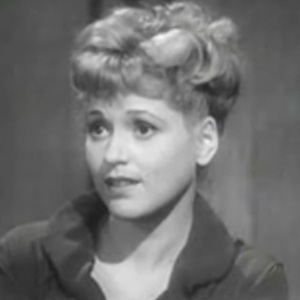 Actress who starred in It Should Happen to You! and gave an Oscar and Golden Globe-winning portrayal of Billie Dawn in the film Born Yesterday.

She worked as an assistant switchboard operator at Orson Welles' Mercury Theatre.

She was called before the Senate in 1952 to respond to accusations that she had been involved in the Communist party.

She had a long relationship with jazz musician Gerry Mulligan.

Judy Holliday Is A Member Of