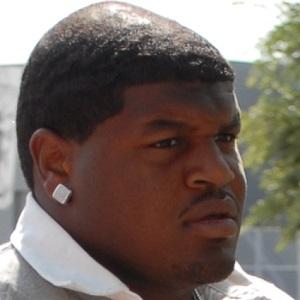 Former nose tackle for the Dallas Cowboys who pleaded guilty to a DUI after a car accident that caused the death of teammate Jerry Brown.

He attended Central Catholic school, where he was a four-year letterman in track and basketball.

He was shown to have been driving at least 110 mph at the time of the tragic accident.

His was raised primarily by his mother, LaTasha Brent.

He played for the Dallas Cowboys under the ownership of Jerry Jones prior to his arrest.

Josh Brent Is A Member Of