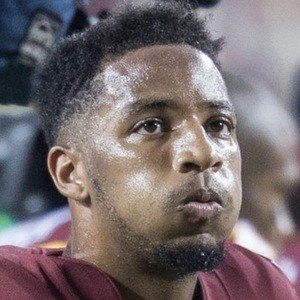 NFL wide receiver who was taken 22nd overall by the Washington Redskins in the 2016 NFL Draft. He was a consensus All-American in his senior season at Texas Christian University.

A three-star prospect out of high school, he originally signed with the University of Wyoming. After playing his freshman year with the Cowboys, he transferred to TCU.

By the time he graduated college, he was TCU's all-time leader in receiving yards and receiving touchdowns.

He was born to Tracy Syler-Jones and Michael Jones and has a brother named Jeremiah.

He and quarterback Trevone Boykin were teammates at TCU.

Josh Doctson Is A Member Of