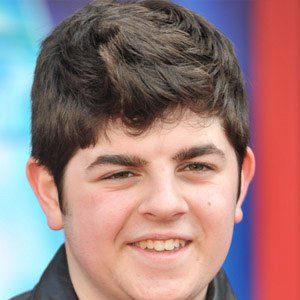 Child actor who became known for his roles in the 2005 film The Greatest Game Ever Played and the 2008 animated film Horton Hears a Who! In his television acting career, he has appeared on ER, 30 Rock, and Ed.

He had his first acting role in the 2003 TV movie My Life with Men when he was nine years old.

He played the Young Bully in the 2004 film Eternal Sunshine of the Spotless Mind.

He was born to Steve and Carla Flitter and grew up with a brother named Scott.

He had a supporting role in the Nancy Drew film with Emma Roberts.