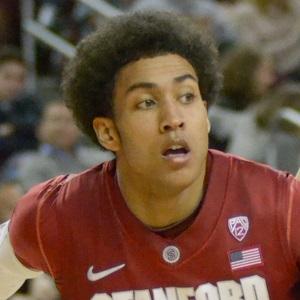 Small forward who began his professional basketball career with the Oklahoma City Thunder in 2014. He was previously a two-time Pac-12 All-Defensive Team at Stanford University.

He ended his Stanford career as the leading shot-blocker in school history.

He has siblings named Christian, Holden, Kava and Derius.

He and Andrew Wiggins were both taken in the first round of the 2014 NBA Draft.

Josh Huestis Is A Member Of