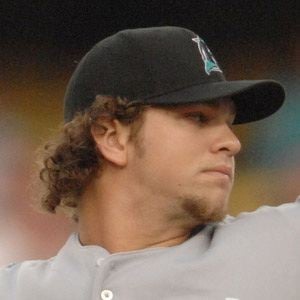 MLB starting pitcher who had the National League's lowest ERA in 2010, pitching for the Florida Marlins.

He earned his first two All-Star appearances consecutively in 2009 and 2010.

He was born to a pair of Canadians in Minneapolis, Minnesota. He married Heidi Johnson.

He struck out Derek Jeter at the 2010 All Star game.

Josh Johnson Is A Member Of