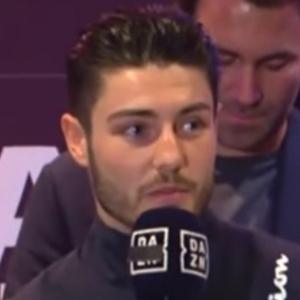 Welterweight boxer who competed at the 2016 Summer Olympics before appearing in his first professional fight. He made his professional debut in April of 2017 against Jay Byrne who he defeated in six rounds.

In the 2015 Baku European Games, he claimed a bronze medal.

Beginning his career in 2017, he finished the year with a 5-0 record. He won every fight except one by knockout.

His real name is Joshua Kelly. He was born in Sunderland, England.

He and Nicola Adams represented Great Britain in boxing at the 2016 summer games.

Josh Kelly Is A Member Of