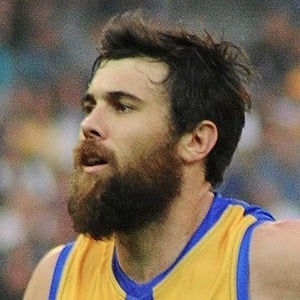 Professional Aussie rules football forward who joined the West Coast Eagles of the Australian Football League in 2008. He led his team in goalkicking for five consecutive seasons beginning in 2013.

He competed for Western Australia's state under-16 basketball team.

In 2015 and 2016, he won back-to-back Coleman Medals as the league's leading goalkicker.

His parents Jenny and Jamie were both pro basketball players. He married artist Lauren Atkinson in 2016 and has 2 daughters.

He was traded from Carlton to the West Coast Eagles in a deal involving Chris Judd.

Josh Kennedy Is A Member Of