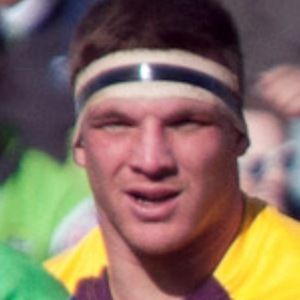 Rugby league footballer who has played as a lock, prop and hooker for the Brisbane Broncos, whom he joined in 2009. In 2017, he helped lead Australia to their eleventh Rugby League World Championship title.

He lived in Lismore, New South Wales before moving back to his birth city of Brisbane, Australia at age 12. He was a junior ice hockey player before playing rugby league.

He was named Broncos Player of the Year for 2012.

He married a woman named Tanyssa.

He has played alongside Darius Boyd on the Brisbane Broncos.

Josh McGuire Is A Member Of