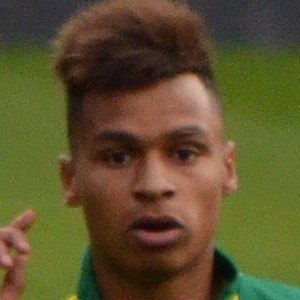 Professional soccer forward who made his Premier League debut in 2013 with Norwich City, although they were relegated at the end of the season. He later went on loan to Milton Keynes after they were promoted to the The Championship.

He played his youth soccer with Norwich City, starting in 2006.

His twin brother Jacob has also played for Norwich City. He has another brother named Daniel.

He and Dean Lewington have played together on Milton Keynes.

Josh Murphy Is A Member Of