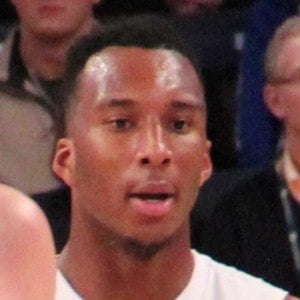 Third-team All-ACC player in 2018 out of Georgia Tech drafted 20th overall by the Minnesota Timberwolves in the 2018 NBA Draft.

He attended Shiloh High School in Snellville, Georgia. He averaged 16.1 points in his freshman year at Georgia Tech.

He was a business administration major in college.

He was the fourth of five children born to parents Pius and Anthonia Okogie.

He became a teammate of Karl-Anthony Towns once drafted by the Timberwolves.

Josh Okogie Is A Member Of