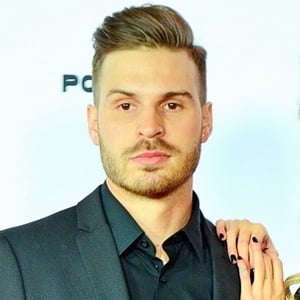 Bassist who rose to prominence as a member of the metalcore band, Myka Relocate. They are best known for their albums, Lies to LIght the Way and The Young Souls.

His band name was named after a phrase used in the video game Call of Duty.

He and Michael Swank are both members of the group Myka Relocate.

Josh Peltier Is A Member Of