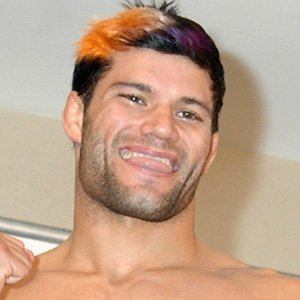 American mixed martial artist who has competed in the lightweight division in the Ultimate Fighting Championship and is a former Strikeforce World Lightweight Champion.

He competed in wrestling when he was young and attended Stanford University for a short period of time.

He worked in construction before he turned to professional martial arts.

He grew up in San Jose, California in a half European and half Mexican family.

Josh Thomson Is A Member Of