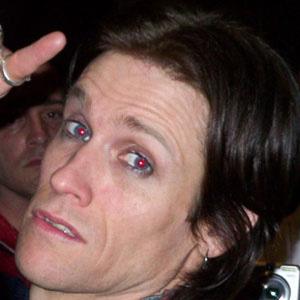 Lead singer and musician with rock band, Buckcherry, the group that released singles like "Crazy Bitch" and "Sorry."

After graduating from high school he fronted the glam rock band Slamhound, but they attained little success.

Hit Parader included him in their poll of the Top 100 Heavy Metal Vocalists.

He married Mitzi Martin and has two children, Jack and Willow.

He appeared in the 2008 thriller Eagle Eye, which starred Shia LeBeouf.

Josh Todd Is A Member Of