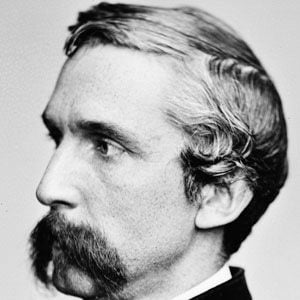 Professor who joined the Union Army during the Civil War and received the Medal of Honor for his bravery at Gettysburg.

He graduated from Bowdoin College, where he later taught.

He served for four years as the Republican Governor of Maine.

His younger brother, Thomas, was also an officer in a Maine regiment of the Union Army.

During his college teaching years, he made the acquaintance of Harriet Beecher Stowe, the author of Uncle Tom's Cabin.

Joshua Chamberlain Is A Member Of