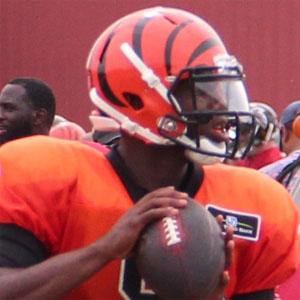 Athletic backup quarterback has played for the Buccaneers and Bengals before signing with the Cincinnati Bengals in 2013.

He earned a starting role for San Diego State his sophomore season, after being recruited as a three-sport All-City athlete at Oakland Technical High School.

He set an NCAA record for the highest passer rating in history with a 176.68 efficiency rating for his career at San Diego State University.

He comes from a football family as the cousin of NFL running back Marshawn Lynch.

Joshua Johnson Is A Member Of