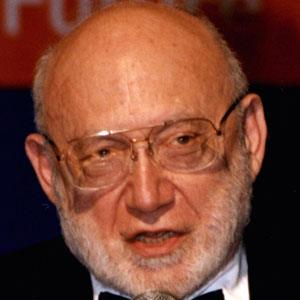 American molecular biologist who was only 33 years old when he won the 1958 Nobel Prize in Physiology or Medicine. He later worked for NASA on a team that looked for life on Mars.

He studied under his co-winner of the Nobel Prize, Edward L. Tatum at Yale University, and published with him a paper in 1946 showing the E. Coli bacterial can interbreed.

His discovery that bacteria can mate and exchange genes allowed scientists to use bacteria in genetic research, eventually leading to studies of DNA recombination.

He grew up in Montclair, New Jersey.

He teamed up with the popular science author Carl Sagan to promote research into biology.

Joshua Lederberg Is A Member Of