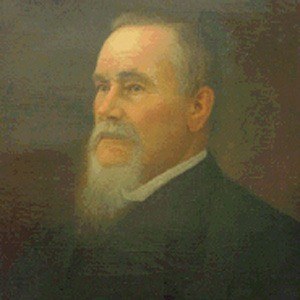 Merchant, politician, and member of the Republican Party who served as Governor of Delaware from January 15, 1895 until his death on April 8, 1895.

He was a member of the Methodist Church and worked as a shipbuilder and a farm equipment manufacturer when he was in his 20's.

He was the ninth Governor of Delaware to die in office.

He married Sarah Ann Sirman and together they had three children: Joseph, Vendreths, and Joshua.

Joshua H. Marvil Is A Member Of