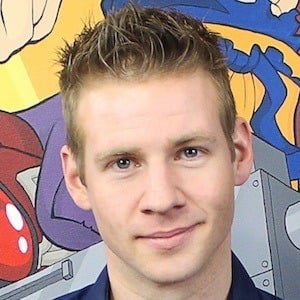 YouTuber and illustrator named Josiah Brooks who posts drawing tutorials and videos to his channel Jazza. He is also a painter and has built large sculptures which can be seen on his jazzastudios Instagram account.

He created his channel and began posting content to it in 2012. His channel was previously called Draw with Jazza.

His channel has more than 5 million subscribers and over 1 billion total views. His "EPIC 3D PEN ART CHALLENGE!" video alone has received over 11 million views since it was released in March of 2017.

He goes by the nickname Jos and grew up in Australia. He has a son and daughter with his wife. His brother is Shad M Brooks of the Shadiversity YouTube channel.

Jazza Is A Member Of